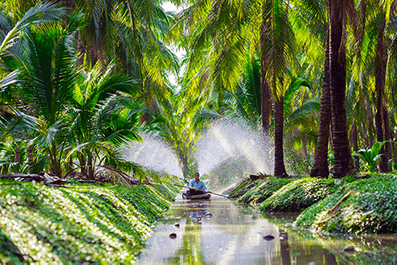 In Thailand, very few farms incorporate organic or regenerative agriculture practices, so the use of chemicals remains the norm. To remedy that situation, Harmless Harvest, a maker of coconut-based products, decided to join forces with partners to launch the Regenerative Coconuts Agriculture Project (ReCAP). The organizations say this is the first of its kind project in Thailand and has the goal to transform coconut agricultural practices and fight climate change through expansion of regenerative farming techniques.

As Harmless Harvest CEO Ben Mand told TriplePundit, the company “has been the main driver of sustainable agriculture practices in Thailand ever since we started sourcing our Nam Hom coconuts in 2011, but our footprint remains small. We hope that our actions on the field serve as a catalyzer for the implementation of better farming practices across the entire Thai coconut industry.”

They will have to change the hearts and minds of Thai coconut farmers. Today, with demand for coconuts surging, many farmers in the country have turned to chemical-laden monoculture crop farming. In addition, Mand adds, Thailand has been particularly hit hard by climate change, which is having its own impact on crop production across the country.

“Most coconut farmers rely on coconuts as their single source of revenue,” Mand told 3p. “Relying on a single source of income with significant fluctuations in market conditions and deteriorating climate conditions make this a real challenge for families. Investing in regenerative organic is an investment in their financial resiliency and our planet’s future.”

Harmless Harvest’s brand vision is a world where the climate impact from coconut farming is net positive and a commitment to source sustainably and ethically has long been part of its ethos, as 3p has reported. 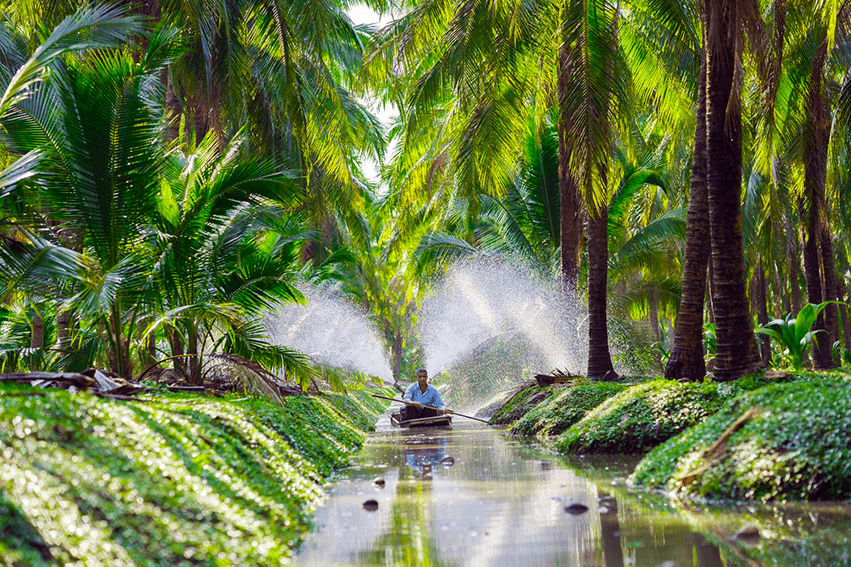 Photo: This coconut farm in Thailand has started the process to convert to regenerative agriculture by adding cover crops everywhere. The results have helped significantly reduce soil erosion during the monsoon season and to increase soil moisture during the dry season. To complete the transition to regenerative, the farmer will add intercrops, mulching and beehives.

“The model of regenerative agriculture isn’t standardized anywhere in the world, even though the concepts are not new,” Mand said.

To date, the regenerative agriculture movement has largely been driven by the United States, Mand notes, and it wasn’t until 2017 that the Regenerative Organic Certification was established.

“The more materials and resources we can make available to farmers, the greater chance we have to expand the regenerative agriculture movement,” Mand explained. “ReCAP will provide farmers with training curriculum on farm management, soil health and more. We also will share best practices to increase biodiversity, and farmer resilience through intercropping, cover crops, bee-keeping and organic inputs. Ultimately, we plan to open-source all of our learnings and materials to anyone curious about regenerative agriculture.”

Bringing on board partners like GIZ was key, he adds. “We believe regenerative organic should be the standard everywhere and not just the coconut industry. Finding the right partners to make this project a success was very important to us. GIZ has strong experience in agricultural projects around the world and managed more than 300 projects already in Thailand. We were particularly impressed with their recent regenerative rice farming project in Thailand and thought they would be a great partner.”

By the end of 2023, Harmless Harvest and its partners intend to increase farmer income by up to 10 percent, transition at least 50 percent of their certified acreage to regenerative organic agriculture and establish an entity to support regenerative farming for the long term in Thailand. The ultimate goal is to transition its products so that they are sourced 100 percent from of regenerative farms.