Vietnam’s mega irrigation system to be ready in two weeks

A Vietnam mega irrigation system to supply water to agricultural fields in the Mekong Delta is expected to be completed in two weeks.

It is also expected to save the southern Vietnam’s Mekong Delta from drought and increasing salinity.

According to a Vn Express report, the system is worth VND3.3 trillion (US$142.17 million) and comprises two parts on the Cai Lon and Cai Be rivers.

The huge irrigation system which is overseen by the Irrigation Work Investment and Construction Management Board No. 10 under the Ministry of Agriculture and Rural Development, started in November 2019 and is now 98 per cent complete.

Its director Le Hong Linh said contractors were adding the final touches to auxiliary items like growing plants and completing the lighting system.

“The project could have been totally completed two months ago but due to Covid-19 restrictions, the supply of specialised materials and equipment had been interrupted,” he said.

The part on the Cai Be River spans 85m wide with two compartments and it entered trial operation in mid-February.

The Cai Lon River segment is bigger, stretching 455m in width and boast 11 compartments. Its trial run started in June.

The entire irrigation system is funded by government bonds.

The Vietnam mega irrigation system is expected to irrigate 384,000 ha of land, of which 350,000 ha are for agriculture and aquaculture, in Kien Giang, Hau Giang, Ca Mau and Bac Lieu provinces.

Both parts of the project have locks of 15m in width each, aside from sewers, valves and hydraulic cylinders that make it the largest irrigation system ever in the region.

The delta has for decades functioned as the nation’s agriculture and aquaculture hub.

The system also includes bridges and embankments that connect with national highways.

The Express said the system would combine with a coastal dam in the region to combat climate change, rising sea levels and flooding, as well as help develop infrastructure for road transport.

According to Board No. 10, it normally takes 40 to 48 months to complete an irrigation system of such scale but due to the urgency of protecting the region from drought and growing salinity, progress has been sped up to just 20 to 24 months.

During the last dry season, which normally lasts from November to April in southern Vietnam, saline levels of up to six grams per litre were found in some areas.

Salinity of one to four grams was found 50 km upstream on average, and up to 130 km, in all tributaries of the Mekong.

Salinity above one gram is considered unpalatable and levels of above two grams is unsafe for most crops.

The provinces of Ben Tre, Tien Giang, Long An, Kien Giang, Ca Mau and Soc Trang had to declare an emergency after drought and saltwater damaged around 43,000 ha of padi and caused 80,000 families to suffer water shortage.

The government had also given them and two other provinces VND530 billion to deal with the drought and salinity. 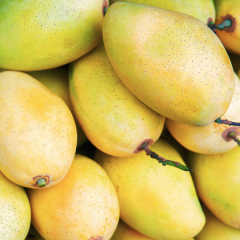 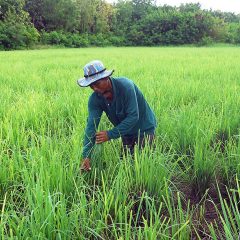