On September 27 construction of a US$66 million hi-tech agricultural complex began in the Central Highlands province of Đắk Lắk.

The complex is being built in Ea M’s droh Commune in Cu M’gar District by Đắc Lắc DHN Agricultural High Tech Joint Stock Company, a joint venture between the province, Hùng Nhơn Group based in the southern province of Bình Phước and the De Heus Group from the Netherlands.

The 200ha complex will be completed in the fourth quarter of 2025 with an 80ha farm for breeding pigs imported from the Netherlands, a 30ha chicken breeding area and a 15ha plant for slaughtering pigs and production of organic fertilisers. 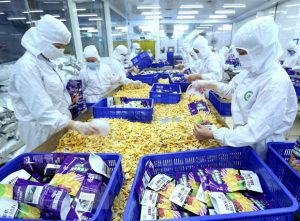 Once completed, it will become a leading centre in the use of hi-tech in animal husbandry, creation of chained products, and production of the country’s best animal feed, organic fertilisers, and commercial livestock products.

The farming system will be operated and supervised using technology 4.0 by SKIOLD, a multinational corporation headquartered in Denmark.

The complex will produce solar power for its use in accordance with global trends of producing clean and sustainable products from animal feed to high-quality breeds.

The cows and calves here are being raised using high technology to international standards.

As a result the farm is now able to produce fresh milk with 3.5g of protein and 4g of fat per 100 ml, which match European standards.

Analysts said never before have so many enterprises invested in the agricultural sector, especially in post-harvest processing.

In the last three years the number of enterprises directly investing in agriculture has increased almost four fold from 3,000 to 11,000, and they are in almost all segments of the industry including production, processing and consumption. But the post-harvest processing segment has attracted the most investors, both domestic and foreign, especially in recent years.

The post-harvest sector includes all points in the value chain from production in the field to the food placed on table, including harvesting, handling, storage, processing, packaging, transportation, and marketing.

The main concern is post-harvest losses (PHL), which occur at every stage of the supply chain. Eliminating those losses is a way to increase food availability without requiring additional resources or placing additional burdens on the environment.

Since 2013 the post-harvest processing segment has been growing at an annual rate of 5-7 per cent.

The country now has about 7,500 establishments processing farm products. In 2018-19 alone 30 were set up with combined capital of US$1 billion.

Among them was Intimex, which set up a $30 million instant coffee manufacturing plant equipped with advanced technology.

This year, the TH Group will complete the second phase of a plant that produces drinking water, herbal water and juices and has a capacity of 36,000 bottles per day.

Early in October Masan Group’s MEATLife commissioned a VNĐ1.8 trillion (US$77.6 million) meat processing complex in Long An Province that can slaughter and process 1.4 million pigs a year.

In its first phase, it will produce 140,000 tonnes of frozen meat a year and 15,000 tonnes of processed meat such as ham, sausage, pork floss, and others.

According to Nguyễn quốc Toàn, director of the Ministry of Agriculture and Rural Development’s agricultural product processing and market development department, by 2030 the price of Vietnamese processed agricultural products would increase by 7-8 per cent a year from now to 2030.

Highly processed products with high value addition would make up 30 per cent of its exports or more, and over 50 per cent of agricultural processing establishments would be equipped with advanced technologies and machinery, he said.

Việt Nam now has some giant enterprises involved in the processing of agricultural, forestry and fishery products, all with modern equipment and highly competitive, he said. 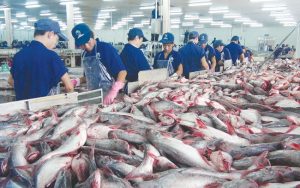 Besides making highly processed products, they have also improved their awareness and management of food safety, from testing of finished products to supply chain risk management.

Analysts said the agriculture sector would create huge surplus values if it invests in deep-processing technologies.

Renovation of technology and modernisation of processing equipment are also imperative for processors to be able to diversify products, control product quality and ensure safety while cutting costs and protecting the environment, they said.

Minister of Agriculture and Rural Development Nguyễn Xuân Cường said, however, agribusinesses now account for only 8 per cent of the total number of businesses in the country, and 80 per cent of them were small or medium-sized.

As a result, they have yet to meet the market’s requirements, he said.

Land funds, capital and policies are the biggest challenges faced by those that want to invest in the agricultural sector, especially farm processing.

According to the Vietnam Association of Seafood Exporters and producers, the Việt Nam-European Free Trade Agreement is likely to help fisheries exports to the EU rise from the record figure of $1.48 billion in 2018 to $3.5 billion this year.

Nguyễn Đình Tùng, general director of Vina T&T Import – Export Service Trading Co Ltd, said from now to the end of the year his company expects to increase exports to the EU by 20 per cent from the same period last year.

The company exports fruits to many countries around the world.

Since the EVFTA took effect on August 1 the company has received many export orders, one of which was for 20,000 fresh coconuts, 12 tonnes of grapefruit and three tonnes of dragon fruit from the EU.

The EVFTA has eliminated 95 per cent of 547 tariffs applied earlier to fruit and vegetable exports from Việt Nam to the EU.

The deal has given a big boost to Vietnamese agribusinesses that export to the EU, Lê Quốc Doanh, Deputy Minister of the Agriculture and Rural Development, said.

Analysts said Vietnamese exporters need to improve their production capacity and meet all technical requirements of EU countries in future.

Doanh agreed with them, saying the EU is ready to cut tariffs but has very stringent farm produce quality standards to protect public health and high technical standards and regulations related to packaging and labelling.

Besides being fully aware of Việt Nam’s commitments under the EVFTA, Vietnamese enterprises must also comply with the EU’s regulations on exports like rules of origin, especially with traceability regulations becoming increasingly stringent, he said.

They are also required to meet standards related to corporate social responsibility and transparency of information on labour and the working environment, he warned.