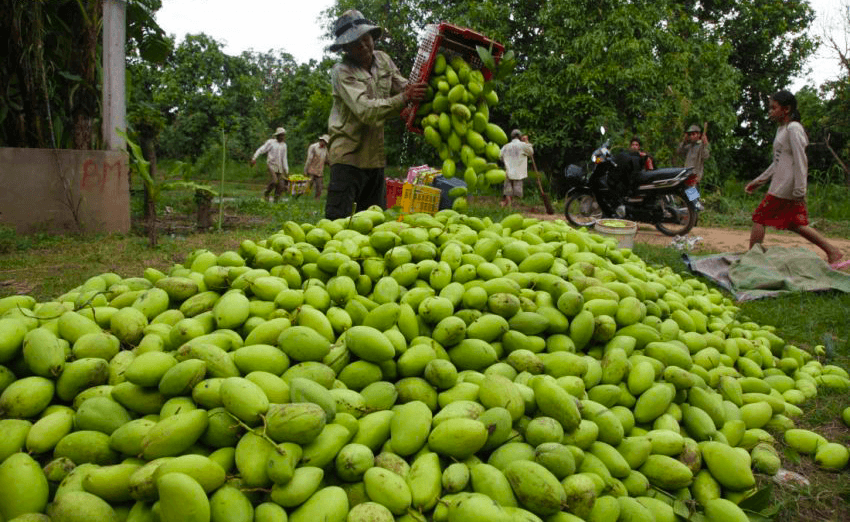 A global shortage of containers and rising shipping rates during the Covid-19 outbreak has driven up production costs for the Kingdom’s mangoes and eroded their competitiveness on the international market, according to two leading producers-cum-exporters.

Heng Sreng, general manager of Boeung Ket Planting and Industrial Co Ltd, told The Post that his company’s production and export of fresh and dried mangoes went smoothly during the hardest phases of the crisis.

“Our mango-export pursuits have been getting on well as usual, but there’ve been interruptions in shipping traffic and a dearth of containers, coupled with persistently rising transportation fees during the Covid-19 outbreak. 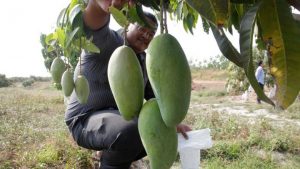 The Kingdom exported 43,680 tonnes of fresh mangoes in January-February – Photo by Heng Chivoan

Hun Lak, CEO of Richfarm Asia Co Ltd, worries that rising inland transportation costs will make it harder for some Cambodian companies to compete as his company prepares to ship the Kingdom’s maiden direct export of fresh mangoes to China soon.

While intra-regional exports in Southeast Asia do not face the same container shortages as those to Europe, Lak voiced concern that the trend would inevitably emerge in the region as well.

“Container shortages don’t pose much of an issue when it comes to exporting fresh mangoes by ship within Asia, it’s just that shipping costs are higher than they once were. Only when shipping to Europe or the US will the scarcity of ships and containers take its toll,” he said.

According to Sreng, Boeung Ket Planting and Industrial exports one container each of fresh and dried mangoes a day to China, weighing an aggregate 26 tonnes.

The Cambodia Rice Federation (CRF) also reported major hindrances to rice exports for the first two months of this year stemming from the container shortages.

According to CRF, the Kingdom exported 76,222 tonnes of milled rice worth $64.53 million during the period, down 44.16 per cent from the same period last year, a drop the federation blamed squarely on the “nearly 500 per cent” jump in shipping costs from 2019 levels.

Cambodia exported a total of 1,599,922.37 tonnes of major non-milled-rice agricultural products in January-February, an increase of 569,493.88 tonnes or 55.27 per cent compared to the same period in 2020, according to Minister of Agriculture, Forestry and Fisheries Veng Sakhon. Fresh mangoes accounted for 43,680 tonnes.