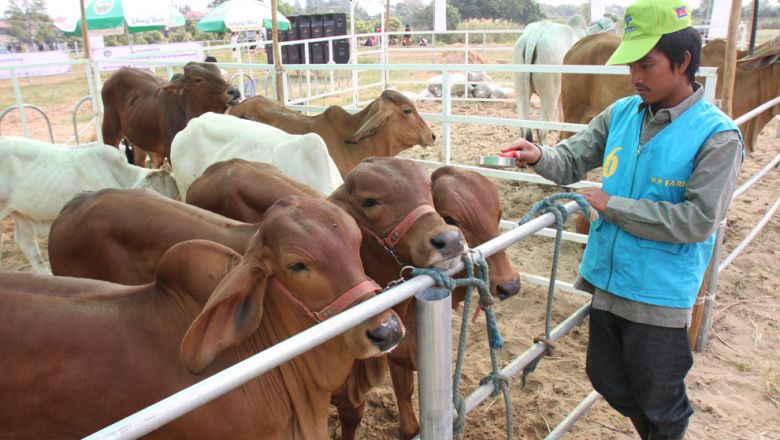 Commercial livestock output in Cambodia this year to December 2 rose 17.61 per cent over the same time last year, propped up by government initiatives aimed at fuelling domestic agricultural production and increasing people’s incomes amid Covid-19, according to Minister of Agriculture, Forestry and Fisheries Veng Sakhon.

With household and industrial operations ramping up, he said 49,423,558 head of cattle, pigs and poultry were logged from January 1-December 2, up from the 42,022,137 head posted in the corresponding period last year.

“The ministry has remained scrupulous and steadfast in its responsibility for taking the government leadership’s recommendations and applying them to promote local agricultural production in sectors such as horticulture, aquaculture and livestock.

“This is to create jobs, generate and increase household sources of income and ensure food security,” Sakhon said.

He said: “A large number of non-migrant farmers have dabbled into agriculture as well, and are apparently raising a lot of animals seeing how little the sector has been perturbed by Covid-19.”

He pinned the growth on prominent market players’ expansions of meat production and authorities’ tighter grip on imports from neighbouring countries.

“They [large companies] have enough money and infectious disease control is well-established. These are the factors driving that growth, along with farming households’ expansions of animal husbandry activities.

“Hence this is a positive signal that people are self-employed, which demonstrates the government’s profound attentiveness to the animal husbandry sector,” Pov said.

Nheb Savath, a 38-year-old pig farmer in Kandal province, said the price of live hog had risen to 12,000 riel ($3) per kg as of the beginning of this month, thanks to government efforts through the ministry. 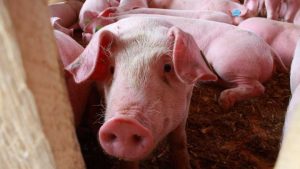 There are currently 547 pig farms in Cambodia with 1.33 million head in stock. Photo by Heng Chivoan

Savath said: “I’ve seen plenty of people coming here and raising flocks of animals, raising pigs now that they fetch better market prices than before. This brings them heftier profits and motivates them to raise even more.”

While he currently raises 100 pigs, Savath plans to increase that to 200-300 next year. He said piglets are typically raised until they’re somewhere between four and five months old.

He said he normally sells 20 slaughter hogs at a time, each weighing around 100kg.

“I supply pork to the Phnom Penh market and would like to thank the government and the agriculture ministry, as well as the association, for pushing for a market and encouraging farmers to continue raising pigs,” Savath said.

Sakhon revealed that there are currently 1,232 livestock farms in the Kingdom, which he said was up 35.60 per cent over the year-ago period.